When school lets out for any break, you’ll find that every chat is filled with people asking about rides to the airport: “I’m leaving at x o’clock for JFK, if anyone wants to split an Uber.” It’s a mad dash to faraway lands, and with Chazen travel, it’s often not a question of what city you’ll fly into or when, but are you going to stop at any other countries first. I debated long and hard about adding a stop in Hong Kong or Seoul before coming to Japan for the upcoming Chazen Study Tour. Eventually, though, I decided against it. I decided that the worst of all worlds would be if I go all this way to Japan and decide the trip was too short, that my list of want-to-do’s in Japan is still too long and I can’t check Japan off on my want-to-visit list. So I decided to shake off the jetlag in Tokyo about 4 days early. So while I’m waiting for the official Chazen activities to begin, I’m writing to you from Japan already, from my small but adorable (and even luxurious feeling) hotel in Chiyoda.

I arrived yesterday afternoon, at about 2 pm local time, which is about 1 am in New York. I was excited to have arrived, so the feeling of tired hadn’t hit me yet (I am not good at sleeping on planes). I had flown into Haneda airport, where I also purchased a SIM card (tip from the Chazen student organizers) and took the easy train rides into Tokyo. And then I realized how nervous I was. This is my first time in Japan, and I wasn’t nervous about not being able to speak the language or get around (I had already experienced the genuine niceness of people helping me purchase the right SIM card and the right train ticket). I was nervous that in a country known for such respectfulness, I would inadvertently misstep. But in a new country, you will misstep, so better to do it fast and early. . . .

After checking in to my hotel, my plan was to try to stay up as late as I could, so I headed out to see the area and find some dinner despite feeling like it was 3 am. Chiyoda isn’t the hectic Shibuya crossing area of Tokyo, which we’ll be visiting later in the trip, but while it’s relatively quiet, there’s an exciting strip of shops, restaurants, and bars. While I’m usually one to try to get off the beaten path when traveling but given my current nervousness, I went into a ramen shop with a piece of paper taped to the door that said “English okay.” 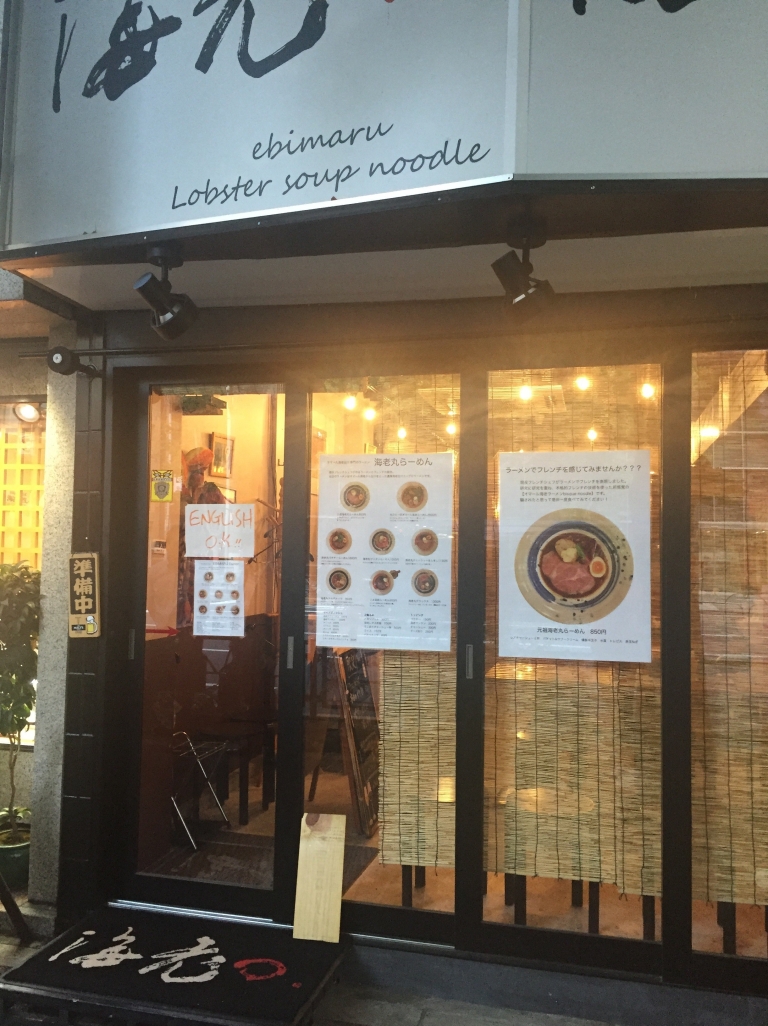 The server talked to me about all the different options, the spicy chili oil on the counter, the other toppings I could add, and that I should try mixing in sour cream to make it creamier (the ramen came with a piece of bread with a sour cream spread). Everything was delicious, but as soon as he set it down I knew I was never going to finish the steaming bowl (3 am not exactly being a big meal time for me usually). I tried my hardest, but I hit my limit, and eventually he said, “I guess you didn’t much care for it.” I was mortified, and I assured him I did, that it was delicious (it was!), and I told him how I had just landed. We ended up talking more about where I’m from, his prior visits to New York, and the years he lived in LA before moving back to Tokyo. He even offered, if I have any troubles, for me to stop back for help with anything. I hope that means I recovered somewhat from my misstep. But I got my mistake out of the way early, and if more come (especially before the Chazen student organizers arrive), I’ll try to recover just the same.

So today, I explored Tokyo a bit more and took a day trip to Nikko (if all else fails, repent at a shrine—see below). I’ll have one more day in Tokyo before meeting up with the group for a pre-Chazen exploration of Osaka (one of our organizers’ hometowns), and I’ll keep you updated as the official Chazen Study Tour starts Sunday in Kyoto. We have an exciting agenda that spans Kyoto, Nagoya, and Tokyo, with 8 company visits, lots of sightseeing, and plenty of sushi, yakitori, and sake.