Chazen South Africa’s first four days were full of side-splitting laughter and rib-tickling fun in Cape Town. We climbed the 1,100-meter high Table Mountain, wined and dined (and drummed away at an African restaurant), and rang in two birthdays. 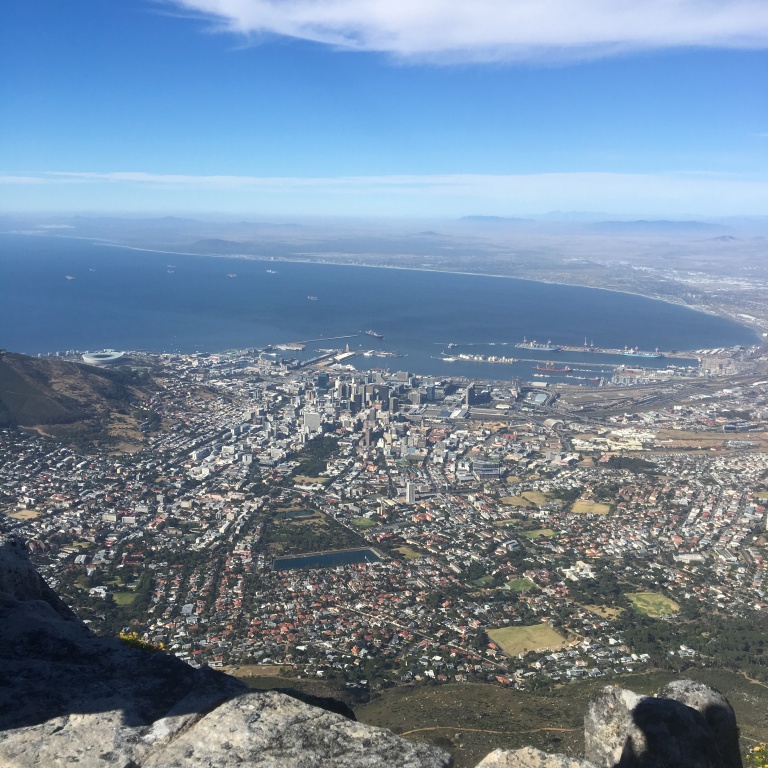 But in a land of poverty and inequality, we were presented with much to ponder over, too. The common thread we observed in our visits is that of trust—trust in public institutions and, more generally, trust in other South Africans.

At its infamous prison in Robben Island, the apartheid regime broke a black South African’s trust in his white countryman for decades. Prisoners worked nonstop in limestone quarries under the blinding sun without any sunglasses, permanently impairing eyesight. They could barely speak with their loved ones, or be brought news of the outside world. And a top political prisoner was tortured by purposely being brought outside news—and prevented from sharing the news with anyone else.

We visited two e-commerce firms in South Africa—TakeALot, the Amazon.com the country, as well as Yuppie Chef, a niche kitchen-appliance vendor—both of whom talked about how the online market in the country is still so small. Despite being compared to other large emerging markets such as China or India, South African e-commerce is barely 1% of total retail sales, whereas China’s is nearly 20% and India’s in the high single digits.

One reason: A history of banking fraud in South Africa has slowed development of online payments. Those who follow the explosive growth of e-commerce in Asia will know how significant a role Alibaba’s own payment service played in creating trust in e-commerce across China. Called AliPay, that service keeps customer money in an escrow account that won’t be forwarded to the merchant until the customer was happy with the product.

We also visited a financial planning startup in Cape Town called 22seven, akin to Mint.com or Betterment in the U.S. Part of a financial conglomerate called Old Mutual, 22seven’s mobile app is still getting its feet off the ground when it comes to growing its user base. South Africans need to be coaxed to enter their financial details on a mobile app.

Often, the mistrust is directly aimed at the public provision of goods that we in the West take for granted. At Township Farmers, we saw a social enterprise try to kill two birds with one stone—a daycare center for children under 6 years of age who might otherwise fall prey to the worst in society, and an organic farm in the backyard of that center that teaches children about agriculture. The children are happiest around the garden, while the farm piggy-backs on the infrastructure, especially the water, of the daycare center. One depends on the other, because the provision of education and water is otherwise so poor.

All this said, South Africans are a technically accomplished and entrepreneurial bunch, and are making strides. Online payments now require a user to key in a PIN using a mobile device, which should foster trust. Yuppie Chef goes out of its way to write handwritten cards to new consumers who buy appliances off its website, creating a bond to both the brand and to the otherwise impersonal edifice of e-commerce. Township Farmer’s very existence is proof of risk takers looking for roundabouts.

In other words, this is the hard slog of building brands and institutions—and new mindsets. Like in other emerging markets, perhaps what one needs most is patience. As one of our tour guides observed when we were waiting for an hour for a meal: We in the West may have a (wrist) watch, but in South Africa they have the time.