We had facinating few days in Tel Aviv, the Silicon Wadi. “Wadi” means valley in Arabic, and Tel Aviv is the considered second in importance to Silicon Vally in California. Chazen Israel trip started with an authentic middle eastern dinner in high energy as the whole group came together. The restaurant was in Old Jaffa, one of ancient cities of Israel that has a neat history along with stunning architecture. Below is a picture taken by Victor Xin ’15 of the first course. 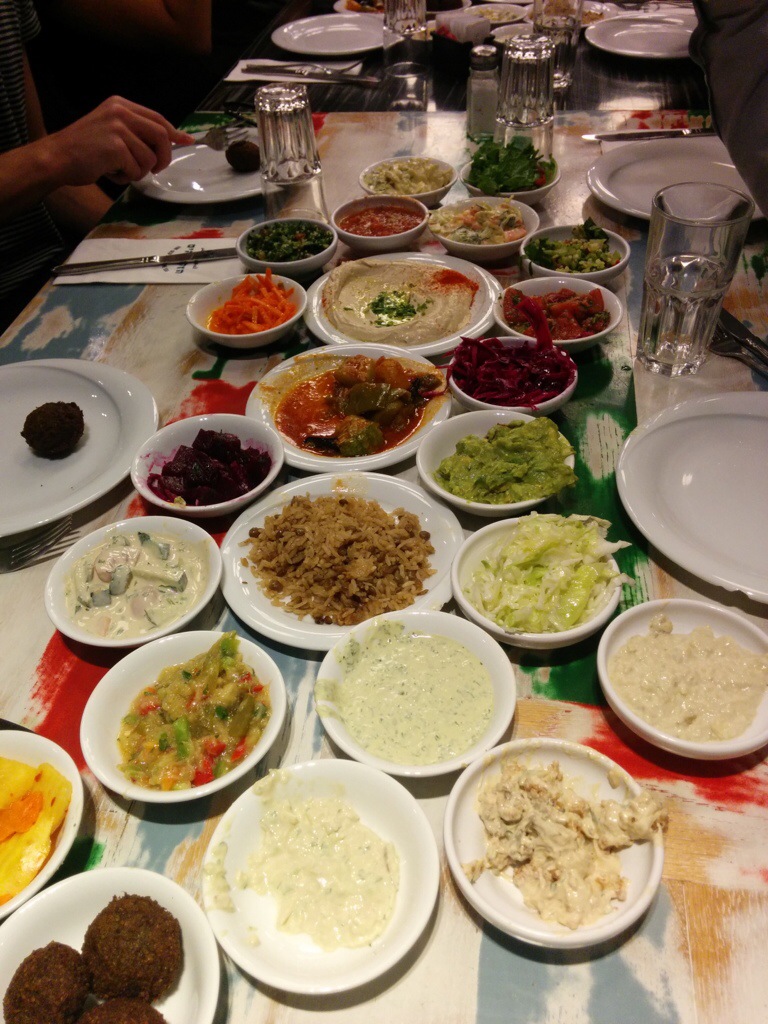 After our first night of bonding over dinner and drinks at a lounge, a few of us got attacked by ghosts and zombies while exploring the streets of Tel Aviv. These were locals dressed in costumes for Purim holiday, walking around the famous Rothchild street.

We started our company visits on a Sunday, which is a working day in Israel, with the largest pharmacutical company that produces generic drugs called Teva. It’s Tel Aviv facility is the largest in the world as it produces over 73 billion pills each year, which equates to every 1 in 6 pills being filled by them in US and UK. After hearing about the industry and Teva’s innovative approach to scale and grow their business through mergers and acquisitions, we got a tour of the manufacturing plant. We saw how drugs were made and wore the same uniforms that employees wear from head to toe on manufacturing floor. Teva reminded most of us of our recently taken operations management class, given managing capacity and quality control as well as inventory were prime concerns for the company. 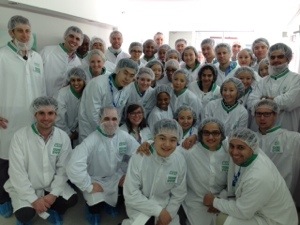 For a country so well known for innovation and creativity in business, especially in healthcare and technology, we learned that Venture Capital industry is fairly recently established in early 1990’s. We heard from the founding fathers of Venture Capital industry in Israel, Ed Mlavsky at Gemini Ventures. Ed described how there was a strong need to increase business between USA and Israel that was not tied with military efforts. As a result, government started an initiative called Yozma, where the government invested equity upto $8M in funds that were able to raise private funding of minimum $12M. This is how companies like Gemini capital emerged with $20M VC fund, and they need both American and Israeli leadership. 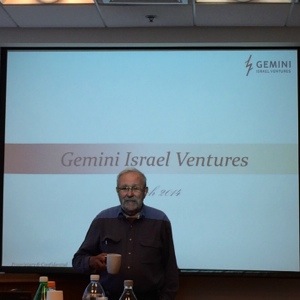 Hearing about the Yozma program became a common theme as we went to company visits at Google and Bank Hapoalim the next day. Google has a gorgeous office with 7 floors, one of which is completely dedicated to developers in start-up space having access to training and resources at Google. The reason many technology multinationals have their offices in Tel Aviv is to take advantage of the human capital for their R&D centers. 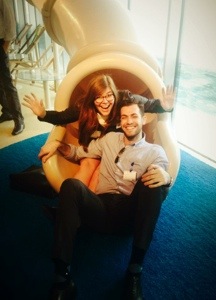 Photo above is at Google office on their famous slide. Photo credit to Stephanie Bloom ’15

Bank Hapoalim Chairman also spoke to us and welcomed us at their headquarters. He spoke about the macro economic trends that impacted the country in the past, and how the new start-up culture helped improve the competitive advantage as Israel is a small country and needs to leverage it’s human capital.

Between our intense yet extremely informative company visits, we had some of the best food Tel Aviv has to offer. Trent Sisson ’15 mentioned his favorite dinner was on the first night at the Mediterranean place in Old Jaffa, Tel Aviv.
During our stay, we were accompanied by a funny Israeli tour guide, Uri, who made this experience even richer with his narratives and personality. Uri took us on a walking tour Old Jaffa, the city that has been built and rebuilt many times. It was the beginning to our first of many tours of Israeli historic architecture and its significance. I loved Old Jaffa as it had a contrasting personality compared by modern metropolitan Tel Aviv. It was easy to get lost wondering through the narrow lanes and being awestruck by the ancient architecture.