Day 1 in Shanghai started off with a city tour followed by a welcome dinner of traditional Shangahinese food where we met our Professor and the entire group. The people of Shanghai definitely distinguish themselves from the rest of China in many ways, from the Shanghainese dialect to the food to the impressive skyscrapers (including the fifth tallest building in the world, the Shanghai World Financial Center) which looks like a giant bottle opener (see photo). 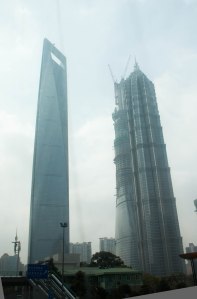 Our company visits began with a visit to PwC (PriceWaterhouseCoopers), which was a terrific opener and introduction to our week. We heard about broad pivotal issues facing China including the reinforcement of the idea that the government’s priority now lies in “China, for China.” A foreign company broadly interested in doing business in China wont excite the Chinese government anymore; its now about the long-term value and competitive advantage the company can bring domestically in terms of job creation, resources, technology. The development of the domestic consumption economy, wage increases and outbound investment are the new priority for China’s future development. Despite the fact that this might mean lower GDP growth (7-9%), China (and the rest of the world) is slowly becoming more comfortable with these numbers.

We also spoke about the “softer” issues such as the importance of “guanxi” (the concept of relationships and trust) in Chinese business. A weak legal and IP system, a challenging regulatory and licensing system, as well as very high job turnover in most industries forces companies and employers to rely on other incentive and relationship structures. Interestingly, when it comes to hiring, salary ranks as the top decision factor for employees, followed by connections and other intangibles. Company brand names themselves (such as that of Goldman Sachs) that are powerful recruiting tools in the West do not carry weight for the Chinese employee.

Our second visit brought us to CRCC, specifically the 24th bureau of CRCC (the China Railway Construction Corporation). Formally a state-owned enterprise, the regional bureau of CRCC now functions as an independent and publicly traded enterprise (caveated by the fact that the government is the largest shareholder still). The company meeting was a very unique visit. Walking into a less modern office building, we were welcomed into a large conference room that lacked modern microphone systems and that felt very much like a negotiation setting. The 30 of us sat facing directly in front of 30 CRCC employees, none of whom were individually introduced except for the Head of Oversees Expansion and his boss. While this setting was a bit foreign to us initially, we were all surprised by the company’s emphasis on honesty, respect, innovation, quality and mutual benefits with its business partners. CRCC is the biggest railway design and construction company in China, responsible for over 50% of the railways built in China since 1999. They have a 30% market share in China and are expanding building efforts into Africa and the Middle East, as well as some projects in South America and even the US. The company, impressive in their size and achievements, has shown us a different model of success, one that is very different from traditional western enterprises and a stark contrast from our meeting with PwC.

In the next coming days, we are meeting with Barclay’s, Alibaba Group and China Ting, a manufacturer of wholly-owned and private label apparel for companies such as Macy’s, Talbots. We are also embarking on our small group meetings which will explore a range of topics including the wine industry in China, to the hotel and hospitality industry, to the startup and venture capital ecosystem. We also hope to see more of Shanghai’s incredible development. 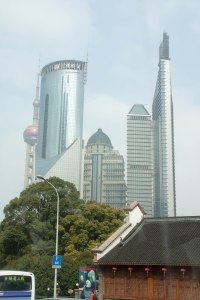